Who is responsible for aerial firefighting in Australia? 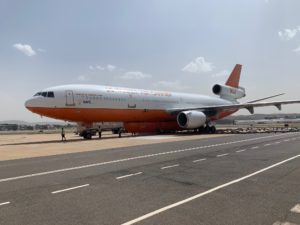 Most firefighting aircraft are leased from appropriately experienced and qualified Australian commercial aircraft providers. The State and Territory agencies involved in firefighting and land management recognise that improved performance, cost savings and other synergies may be obtained through cooperation and sharing of resources and support systems between States and Territories. This is especially so for expensive, highly specialised resources such as firefighting aircraft. The NAFC arrangements allow for the procurement of these resources and the sharing and cooperation of these resources between agencies across the country.

Each State and Territory Government has established one or more agencies that are responsible for bushfire prevention and suppression. For more information on the individual agencies involved in fire in Australia visit the Australasian Fire and Emergency Service Authorities Council at www.afac.com.au.

What are the aircraft used for in fighting bushfires?

Aircraft undertake a wide range of valuable support tasks, including:

What types of aircraft are used?