The National Aerial Firefighting Centre (NAFC) was formed by the Australian States and Territories in July 2003 to provide a cooperative national arrangement for combating bushfires. It achieves this by facilitating the coordination and procurement of a fleet of highly specialised firefighting aircraft that are readily available for use by State and Territory emergency service and land management agencies across Australia.

This national aircraft fleet complements aerial firefighting resources that are arranged directly by the States and Territories. The National Fleet receives funding support from the Australian Government as well as State and Territory Governments.

NAFC also plays a key role in ensuring the sharing of aerial firefighting resources between emergency service and land management agencies throughout Australia, and in the development of national protocols and systems for aerial firefighting.

On 1 July 2018, NAFC transitioned to become a business unit of the Australasian Fire and Emergency Service Authorities Council (AFAC).  Under the transition plan, NAFC retains its trading name, profile, staff and functions.  NAFC will continue to to provide the same level of engagement with the industry and partners to deliver aerial firefighting services. 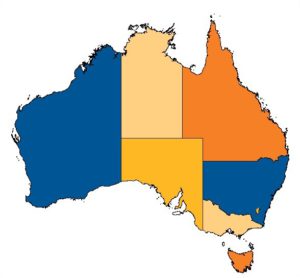